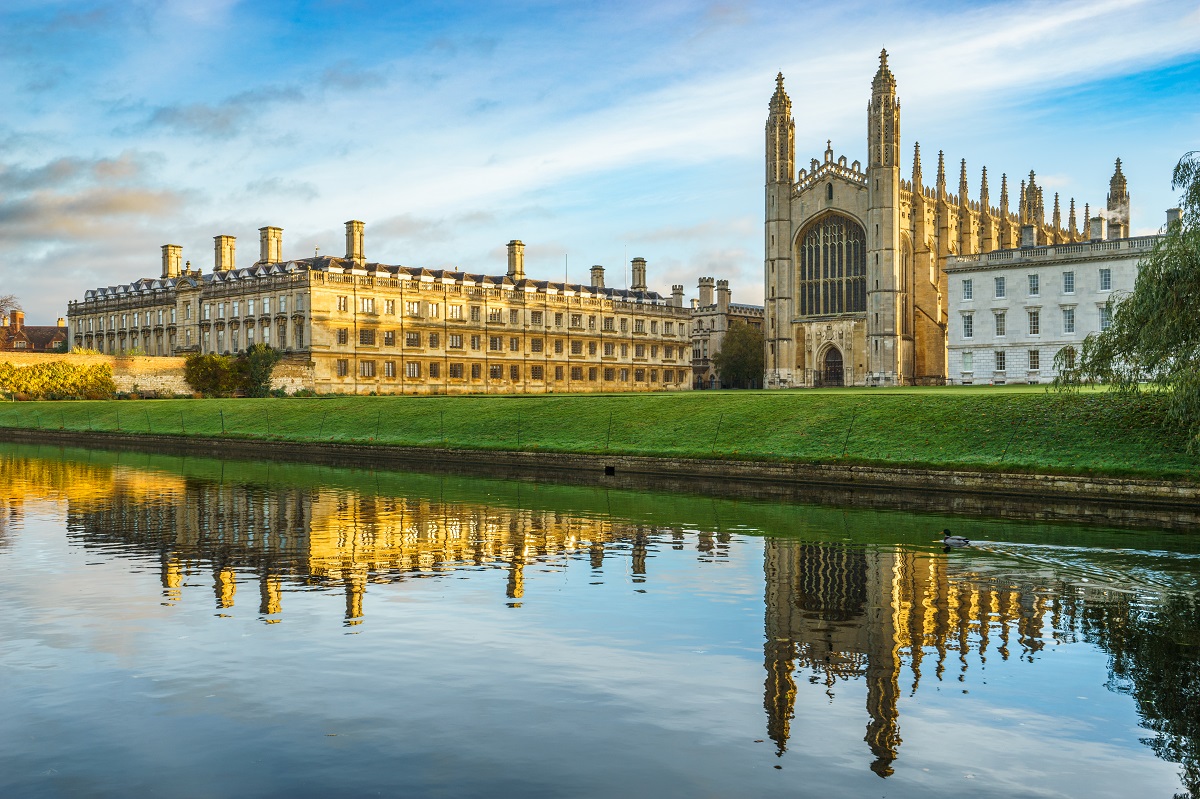 It’s up there with correcting your friend’s pronunciation of quinoa or pretending you’ve never heard of Lidl – producing a ranking of lawyers’ favourite universities is an expression of middle class Britain par excellence. And our big discovery is that... very little has changed in a decade. In nine years, law firms’ appetite for Oxbridge and Russell Group students has remained pretty much constant. We could stop our investigation right here: the law is demanding, intellectually rigorous and it needs capable graduates – see graph. But there are new discoveries, and questions you should ask, like what this tells us about the firms, what your prospects are and who your colleagues will be, and then deeper concerns arise about social mobility in the law. We interviewed over 2,500 trainees for our True Picture reviews over the past three years and recorded the university where each one of them completed their undergraduate degree. We then combined this with our data all the way back to 2010, when most of the current Chambers Student research team were still gamboling about the school field in PE kit (kidding, we’re more the library type). Find more on our methodology, plus a few disclaimers at the bottom of this page.

Although Oxbridge students make up less than 1% of each year’s graduating class, they made up a whopping 15.4% of all our trainee lawyer interviewees. This is no surprise given the dominance of the duo in academia. The Russell Group (including Oxbridge) supplied 76.5% of trainee lawyers. That seems big – and it is – but it’s down 5% from our previous survey of the years 2013-2015, although over nine years we’ve witnessed a 3% drop in the Russell Group’s dominance.

Rather than instantly concluding Russell Group unis are ‘better’ for getting a training contract, it’s worth noting top unis are often the ones pumping out larger numbers of law students. So don’t fret if you’re at a uni outside the RG – there were fewer training contract applicants.

Our interviewees came from a total of 88 universities over the past three years. That’s up from 85 in our 2013-2015 research and from 76 in our 2010-2012 research. Over this period our sample size has increased along with the likelihood of new names entering. So we can’t conclude that the law firms have hired from a more diverse range of universities: whatever progress has happened beyond the Russell Group, it’s not significant. Over the nine years, Oxford and Cambridge dominate training contract recruitment with some consistency, followed by Durham, Bristol and Nottingham. The further down you go, the more erratic it becomes.

Other notable unis that don’t make it into our frontrunners graph are Birmingham, Sheffield and Newcastle, who all appear in the top 20 every single year. Below is a chart of the top 20 most common universities that cropped up in our research over the past nine years.

Note the success of LSE which makes it onto the table every year but one. Also worth mentioning are Southampton, Edinburgh and Cardiff, which appear almost every year too. The latter two are the only universities outside of England to rank at all. The pair both took around 2% each of the 2016-2018 trainee sample.

A breeze from overseas
The fortunes of overseas undergrads in our survey is interesting, in particular how they beat every UK university in the salaries table. The sudden jump in numbers between 2015 and 2016 may be due to sponsored work visas being given changes that made it easier for businesses to take on international juniors. And then the drop off after 2016 coincided with changes to student visas in the UK that made it more difficult to be an international student doing the LPC. It’s important to remember that this line isn’t people from overseas, it’s just people who conducted their undergrad not in the UK. To find out about qualifying as a lawyer from overseas, read on>>

Types of law firm and their preferred universities

US is pretty obvious except in cases where there was a transatlantic merger; we’d still consider Hogan Lovells, NRF and BCLP City firms because of their strong London origins.

Magic circle – if you haven’t heard this term before, welcome to the UK legal market, here’s a primer.

London is a global legal hub only rivalled by New York. The prestige, the career opportunities, the money and the city itself combine to attract the brightest, hungriest graduates. But the highest salaries in the business and top-notch commercial work also demand stamina and an appetite for long hours and hard work more than any other city in Europe. A natural target for go-getters London may be, but there’s a mutual attraction going on. Prestigious law firms lock their gaze on graduates from these prestigious universities, knowing they don’t have to look far for the brightest and most driven candidates. Since employability is a factor in a university’s status and funding, this is a convenient relationship for both the firms and the universities, so it’s hard to break.

In three years the number of Oxbridge grads taken on by City firms has dipped by 2.5%. We also found that London attracted the highest proportion of overseas graduates. When we leave London, we find Oxbridge only coming in at ninth and tenth on the chart. Durham has taken a slide too. When we look at what replaces Doxbridge, we see universities in big cities with legal markets significant enough to keep graduates hanging around. Oxford, Cambridge and definitely Durham don’t have big legal markets. The trope explained above – that in the eyes of the more prestige-obsessed graduate, London is the be-all and end-all – is visible here.

When we overlay the two graphs, City and non-City, on top of each other, we see regional firms showing less of a penchant for any particular university. Out of all the Oxford and Cambridge graduates we interviewed, over 80% bagged a contract at a City firm. The university superduo dominated the US and magic circle firms in particular: 24% of all US firm trainees and 31% of all magic circle trainees hailed from an Oxbridge undergrad background. A second group comprising Bristol, Nottingham and Durham made up 16% of all trainees in our research. Both Notts grads and Bristolians showed a pretty even split between city and non-city firms, but Durham grads showed an almost 75% preference for working in the city. NQuids in
The university you attend does determine your employability and earning power, but prestige isn’t everything, as a glance at this table below will show. Here we plotted university background against eventual NQ earnings. Any universities missing didn't produce strong enough data. Learn more about this study here.

To law or not to law?

If you’re wondering whether to do an LLB or a non-law degree then GDL, your answer may lie below.

We wouldn’t recommend making life choices based only on these figures, though. At most firms you’ll meet a balance of law and non-law grads. All legal teams work best with the variety of perspectives both groups bring.

The graph above implies there’s a difference in average earnings between law and non-law grads, so we crunched the numbers and found this: the average NQ salary for non-law students is £72,551, 6% higher than the average NQ salary earned by law grads: £68,406. This might reassure the non-law grads that they’re not starting their careers on the back foot, and should certainly encourage wavering GDL applicants. But otherwise, the best advice we can give is to study a subject you care about – career success is about passion, not playing a numbers game.

My university isn’t mentioned at all

There were over 107 UK universities mentioned in our data from 2010-2018. If your university doesn’t rank highly in our report, should you be concerned? We know that anyone can become a lawyer, regardless of where they completed their undergraduate degree. Clearly some universities will give you an advantage, but it’s worth remembering that there are three main variables to anyone’s employability: the value of your education; your personal experience; and your character. Throughout your education each of these three elements will develop the other two – it’s what employers mean by ‘well-rounded’. The other vital ingredient is to make good decisions at every stage, and that where we come in: use our guidance and market intelligence to help you understand where you’d find your niche in this giant profession.

This study will point to issues about social mobility in the law. The link between ‘prestigious’ institutions and ‘prestigious’ careers is difficult to challenge. Those who argue that both university admissions and law firm hiring is meritocratic should take a look at our School Backgrounds of Trainees report, which showed that an undeniable bias towards privately educated graduates exists in the profession.

Thankfully many of the most elite firms are focusing much energy on addressing this bias, with programmes like contextual recruiting, and unconscious bias and diversity training. We meet many law firms at far-flung universities and can see the efforts they make to get in front of a diverse student group. It’s encouraging, but as we can see from nine years of tracking this data, progress is happening slowly.

Read our True Picturereviews of over 130 leading law firms

Firms by size and location

Becoming a lawyer with a non-law degree

Do you want to be a lawyer?

How do you become a lawyer?

Becoming a corporate lawyer: the view from Freshfields

We asked some of Freshfields’ transactional experts to explain what they do. (sponsored)

The law firm of the future

Artificial intelligence will transform the law. Womble Bond Dickinson is on the case. (sponsored)

STEM students: how to become a commercial lawyer

With global firm Clifford Chance we discover how a STEM background can lead to a legal career. (sponsored)

We interviewed some Jones Day litigators to learn how they're building their careers. (sponsored)

Interviewees at Vinson & Elkins tell us what lawyers working in this fast-changing area do. (sponsored)

What do banking lawyers do all day? Interviewees at Baker McKenzie explain. (sponsored)

Globalisation and the law

Learn how to cut it as a lawyer in the globalised economy with Norton Rose Fulbright. (sponsored)