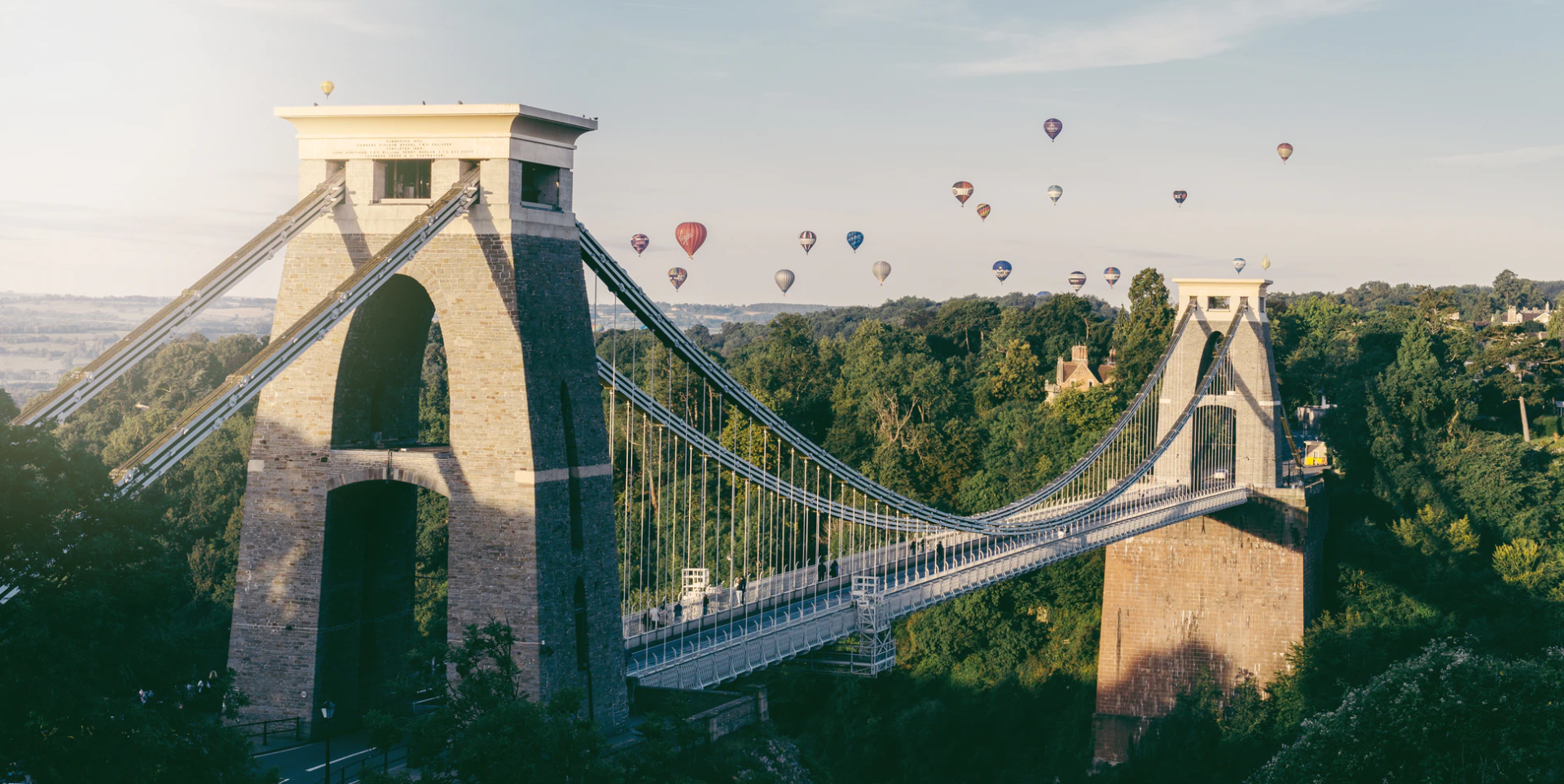 If you're looking to practice law in the South West, it's well worth considering Bristol. The team at Womble Bond Dickinson give us the lowdown on this exciting city...

Law firm mergers have only become more common in recent years, creating firms with sprawling roots like Womble Bond Dickinson. Let’s trace their family history: Dickinson Dees and Bond Pearce merged to form Bond Dickinson in 2013. Then in 2017, that tie-up combined with Womble Carlyle Sandridge and Rice to create Womble Bond Dickinson. WBD now operates across 27 offices and incoming trainees are given access to work that requires both local and global thinking. Across this series we’ve spoken with partners and solicitors practising at various UK offices to dive deeper into the firm’s ‘local, national, and international’ mantra, and to gain a greater understanding of what life is like in the UK regions. For this instalment we caught up with Bristol’s office head Fiona O’Kane; and Jo Norris, a solicitor in the corporate finance team.

Bristol is a city that “gets a lot of really positive press,” O’Kane acknowledges. “It’s one of the go-to ‘love to live there’ cities outside London.” The South West’s largest urban centre seems to get its hooks into residents, as Norris similarly notes: “It’s a very friendly city. People come here for a short time and quite often end up staying.” With two universities, thriving nightlife and close proximity to the West Country’s natural beauty, Bristol has a lot to offer young professionals. “It’s most recently become a strong suit for innovation,” O’Kane adds. “It’s a nicely evolving city in that regard, with it's old, core economic engines, such as aerospace and financial institutions, coupled with newer innovative technologies and emerging businesses.”

“It’s one of the go-to ‘love to live there’ cities outside London.”.”

It might not quite be Silicon Valley yet, but Bristol is fast becoming a tech hub on the English coast. Back in 2017, Navigant Consulting found it to be the UK’s leading ‘smart’ city; investment company CBRE named it one of the top 10 cities in Europe for tech in 2018; and Startup Blink’s 2020 global report highlighted Bristol as the best city in the UK outside London for start-up companies. Telecommunications giants such as EE, BT, and Vodafone now all have presences in the area. “Technology has been a big focus for Bristol,” Norris says. “There have been a lot of tech hubs popping up around the city with the universities supporting that.”

While the office boasts strong capabilities in its support of fintech development, it has more than cyber strings to its bow. “We operate in the spaces really relevant to the future of Bristol as a city,” O’Kane tells us. “That includes infrastructure places to live, new roads and rail projects supporting growing businesses and employment are key. We also act in the real estate market working with investors, developers and local authorities.” The office also boasts strengths in insurance, corporate finance, employment, and banking law, working on “significant M&A transactions and private equity deals.” Couple that to strong real estate, planning and energy practices, and O’Kane draws the following conclusion: “We work in sectors that matter. Transport, energy, public sector, financial services and real estate – there’s a really nice range and breadth of clients with good specialists to learn from.”

“We think it’s fundamental that we’re part of the local community.”

Much has changed during the two decades WBD has plied its trade in Bristol, not least the growth in competition within worldwide legal markets. “The competitiveness has always been a long-standing trait of the Bristol market,” Norris confirms. “Interestingly, there are firms now establishing new presences here, which is a positive thing in terms of enhancing the calibre of work from Bristol.” Norris adds that this competition is to the benefit of practitioners: “It means we’re operating at a similar level to London firms; the quality of work is very high.”

“We’ve penetrated the institutions we want to be part of,” O’Kane adds. “We’ve established banking, corporate finance, real estate and energy practices, and have developed a significant reputation in the city in that we’re not just about acting for the old institutions, but also bringing in the new national clients.” This balance of old and new, national and local clients is central to life at WBD. “We’re known for our work for key national clients centred in those core areas, while making sure of a foothold in the local environment,” O’Kane summarises.

Wherever the office is, there’s an emphasis on being embedded in the surrounding community that’s key for WBD lawyers. “We think it’s fundamental that we’re part of the local community,” O’Kane shares. “We encourage and mandate trainees to get stuck in.” Examples include involvement at local law centres or volunteer opportunities with reading schemes, food banks, or feeding schools during the summer holidays – “delivering food to kids who otherwise wouldn’t have eaten. In the pro bono and charity initiatives, trainees and our younger lawyers are brilliant and act as fantastic ambassadors for the firm,” O’Kane finds.

Norris adds that “CSR is a real strength of the Bristol office. Everyone here is very supportive of it.” Last year saw the firm raise £80,000 for St. Peter’s Hospice. “The call went out and we all really got behind the drive,” O’Kane recalls. “They really appreciated that level of support.” The firm’s local commitment is also apparent in the fee-paying work it undertakes: in a recent example, the firm advised Ambition Community Energy on a successful planning application for a 150m-tall wind turbine in Avonmouth, a port on the outer suburbs of Bristol.

“We look for where resources are available and if a trainee in Bristol has capacity, then they’ll be assigned to the matter.”.”

“The way we’re set up is that geography doesn’t define how we practice,” according to O’Kane. “WBD is resource-led with teams working right across the offices.” Norris recalls an instance when the wider network came in very handy: “We undertook quite a big project developing internal processes for electronic signatures. There were representatives from all across the firm helping to develop the procedure.” O’Kane says the firm aims to give trainees the best chances possible whichever office they’re in: “Trainees are recruited into a specific office, where we invest a lot of time in training them. It’s important that they’re nurtured and supervised, and that doesn’t come exclusively from their supervisor.” If a big national project arises, O’Kane notes, “we look for where resources are available and if a trainee in Bristol has capacity, then they’ll be assigned to the matter. That happens reasonably often.”

Such language might sound corporate and clinical, but O’Kane stresses that’s an atmosphere the firm actively works to avoid. “We don’t use our trainees or junior associates in the same way they might be used in London,” she confirms. “They’re much less likely to be used on the periphery as fodder for a deal.” The result is a potentially more fulfilling experience, and better career development. “Trainees are expected to do what is needed and they work hard,” she finds. “But we’re nowhere close to working in the manner City firms do.”

“It’s about being an inclusive, open, and diverse place. As the office head, it’s about people belonging to a nice office and a place where they are valued.”.”

Norris portrays this as a more sustainable way of doing things: “People work hard here, but the office and firm has a lot of respect for work life/balance.” That doesn’t mean applicants looking to avoid hard graft should aim to work in Bristol. “There’s a misconception that just because we’re in Bristol, working life is easy,” Norris notes. “People do work hard here, but there’s naturally a respect for people’s lives outside the firm.”

Summarising Bristol’s appeal to the trainees of the future, Norris characterises the WBD office as “friendly and supportive” while offering “high quality work on both national and regional matters.” O’Kane agrees: “Our good quality work is focused on things that really matter.” As for the atmosphere in the office, “it’s about being an inclusive, open and diverse place. As the office head, my responsibility is to make our people feel like they belong to a nice office and that it’s a place where they’re valued.”

Next in the Exploring the Regions series: Southampton

Thanks to our interviewees Did you miss our look at lawyer life in Edinburgh?