The intellectual challenges of being a lawyer, part two: the non-law lens 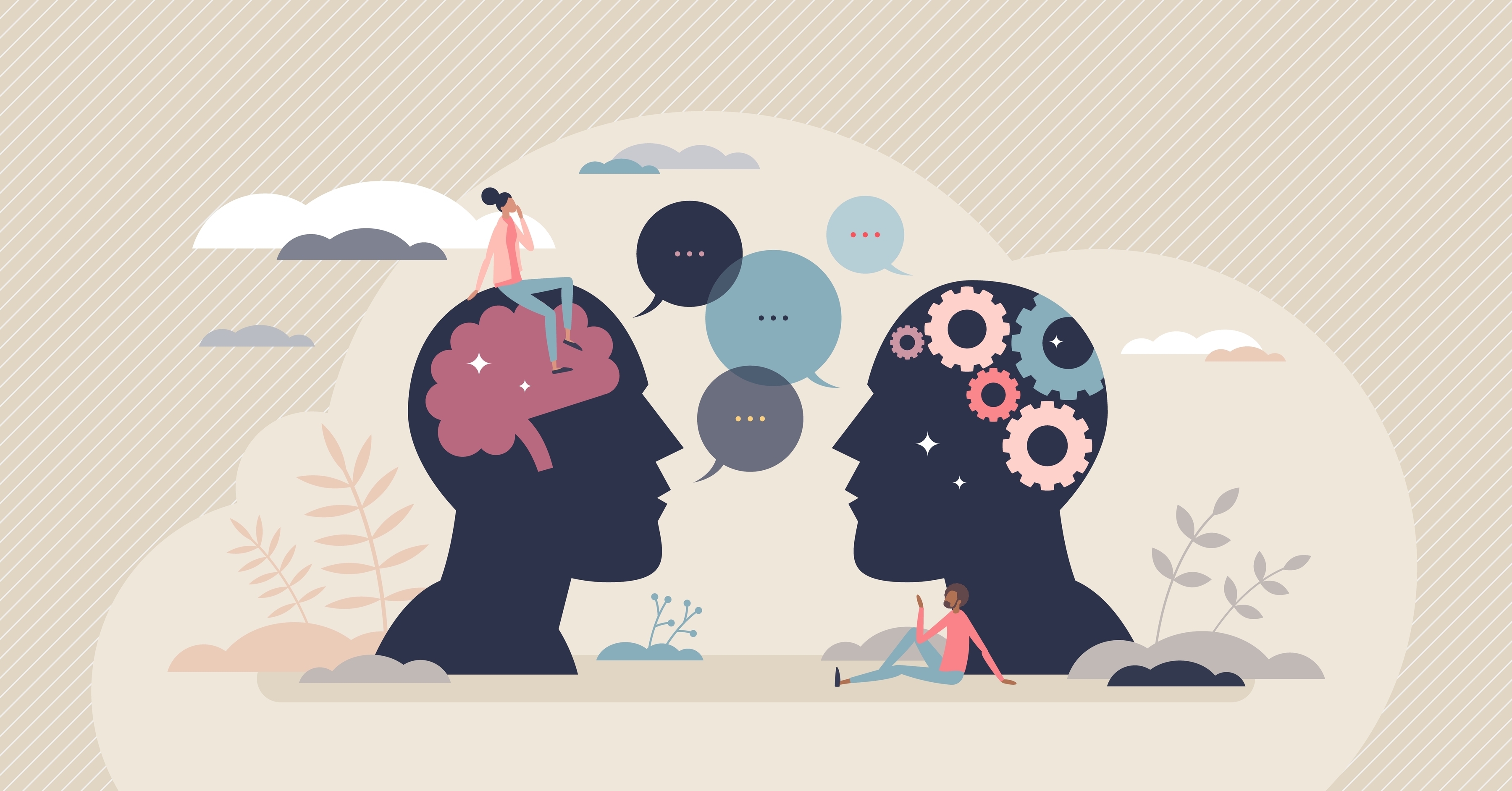 What is it like to join the legal profession after studying a non-law degree? And why do law firms want to hire non-law graduates? Associates at Norton Rose Fulbright share their perspectives.

Consider the breadth of the legal industry – transactional lawyers, regulatory lawyers and litigators supporting clients big and small, from enormous, global conglomerates making strategic acquisitions, all the way down to the pro bono tenant dealing with a difficult landlord. to the solo client navigating a messy divorce. The law crosses with every other sector, whether it’s energy, technology, finance, or retail.

Given the sheer variety of paths an aspiring lawyer might take, it shouldn’t come as much of a surprise that law firms need lawyers who can bring the right expertise to the situation, whatever it may be. For this reason, law firms look for candidates from a breadth of academic backgrounds. Currently, around 40% of trainees in the UK started their career with a non-law degree.

And yet for some, approaching a legal career from the ‘outside’ can be quite daunting: “I was very self-conscious about the fact I was non-law,” Phillippa Hook, a senior associate in litigation & arbitration at Norton Rose Fulbright recalls. “People with non-law backgrounds worry about being enough as lawyers. It took me a long time to feel comfortable about my skills.”

“…if everyone had the same experience and background, then we would tend to come up with the same answers to problems.”

Of course, for those who pursue other interests at university, the transition to the legal world is an adjustment, but it is one that many people still make: “Norton Rose Fulbright has always been a firm that has tended to take on a very broad spectrum of students,” Hook adds, “when I joined my first firm, I would say half of them were non-law, perhaps more.” In fact, for corporate associate Dan Harman, the differences that non-law students have are their strengths: “It really helps to be able to say that you can bring a different perspective to a problem. I said this in my interviews: if everyone had the same experience and background, then we would tend to come up with the same answers to problems.”

With the introduction of the SQE, non-law graduates will likely have to do extended prep courses before sitting the SQE exams, but in years gone by, non-law graduates had to complete the one-year Graduate Diploma in Law (GDL) prior to the LPC. “It was a pretty organic transition I think, moving from studying one thing, to studying another,” banking & restructuring associate Naomi Crawford recalls, “even though the content was somewhat different, I was very much in the habit and the practice of working towards exams, sitting exams, and then thinking about the next term.”

That being said, the practicalities of the transition take some getting used to: “I think it's probably the hardest thing as a non-law student, understanding practically how to do things like apply for training contracts,” Hook explains, “I found another friend who was interested in law, and we travelled that process together at the initial stages. Talking to people and networking is a good skill anyway.”

“In law, there is a need to appreciate the grey areas. You're never going to be able to look at a case and say, ‘oh, that answers my question perfectly’.”

It's worth bearing in mind of course that the practical aspects of the route to a training contract are just the first hurdle. Part of the transition involves a shift in mindset too: “I was used to working in black and white,” Harman, who studied chemistry, tells us, “In STEM subjects, you’ve either got the answer, or you’ve found what you're looking for, or you haven't and something's gone wrong. In law, there is a need to appreciate the grey areas. You're never going to be able to look at a case and say, ‘oh, that answers my question perfectly’.”

“Certainly, within a subject like classics, there’s an awareness of the fact that there isn’t necessarily a related job at the end of it,” Hook explains, “so they were always going on about transferable skills.” Those of us who studied a non-vocational subject at university will likely be familiar with that, but it’s not always immediately obvious how you could apply your existing skills in a legal setting.

For Hook, however, the links between her legal practice and non-law degree are clear: “I think it's far more useful than I realised, certainly in analysis. Analysis – and I say this as a litigator – is in many ways the process of destroying something. You break it down, and then you work out how to make it work to your advantage.” Here, for Hook, a classics background provided the perfect grounding: “it’s something we did in classics, predominantly through translation. There’s so often an accepted view about things in ancient history, and it’s important to not get side-tracked by what you are told are the facts.”

This is something that Crawford echoes: “What my degree gave me was the more subtle skills. Mandarin is a very complex language, and so it gives you that attention to detail that you need as a lawyer, because I was so used to reading things line by line.” For Crawford, this is as applicable to a legal career as it was at university: “Almost without realising, those skills have really helped me, especially when I’m drafting for example.”

“… the flip side of those skills is that you have something that separates you out, and makes you different.”

The crossover isn’t always just about transferable skills, but where there are crossovers, lawyers with a background in the STEM subjects become essential: “One of the key emerging technologies over the next five to ten years is quantum computing,” Harman explains. “NRF has a heavy focus on tech, but you’d be hard pressed to find a fraction of a percentage of people in a law firm who’ve had even a tangential connection to quantum mechanics over the course of their career! But that’s where I came into my own.”

For Harman, as for many who studied similar subjects, the path to a career in law wasn’t immediately obvious: “Coming from a STEM background, it was never overtly publicised that this was a possible avenue, because the emphasis was very much on research or academia.” One of the themes that immediately emerges from the conversations with our interviewees is the mix of skills that their respective backgrounds equipped them with: “People certainly shouldn’t see it as a preclusion from them entering a career in law,” Crawford is quick to highlight, “the flip side of those skills is that you have something that separates you out, and makes you different. My undergraduate degree in Chinese is what set me apart from other candidates. It was something that was different, and unique to me.” And Crawford is not alone: “Non-law students tend to have other skills that they bring to the table,” Hook echoes, “of course, I don't want to say that a law degree makes you one-dimensional, but it's definitely clear that non-law gives you different dimensions.”

As Hook puts it: “It's a tough career in lots of ways, but when you get out from that feeling that you aren’t good enough, you can start to hold your own, and be comfortable with the fact that you might be wrong.” For so many legal professionals starting out, the first and biggest obstacle is adjusting to an environment where everyone around you is more experienced: “But the whole job is to test each other! You’ve usually got a whole other party on the other side who thinks you're wrong, so it's OK to feel like you might be! In a weird way, the trick is to articulate that confidently. Everyone is so different; they've always got something else to bring to the table.”

"Analysis – and I say this as a litigator – is in many ways the process of destroying something. You break it down, and then you work out how to make it work to your advantage."

“In STEM subjects, you’ve either got the answer, or you’ve found what you're looking for, or you haven't and something's gone wrong. In law, there is a need to appreciate the grey areas."

“What my degree gave me was the more subtle skills. Mandarin is a very complex language, and so it gives you that attention to detail that you need as a lawyer."