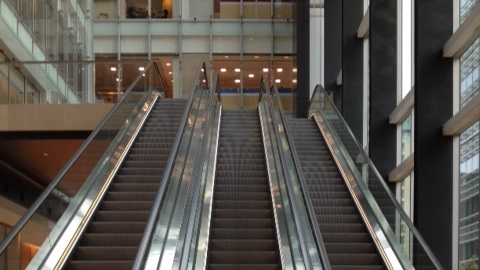 Sexism in the City: what's holding women back?

The Student Guide's 2014 gender diversity survey shows that women comprise just 24% of the partnership at your average commercial law firm in the UK. It's true that in recent decades the number of women pursuing training contracts has grown immensely, skewing their representation at the highest levels relative to their representation at lower ones: according to a report by the Legal Services Board, the percentage of female solicitors in England and Wales grew tenfold between 1984 and 2008. Still, Law Society stats show that female lawyers have made up over 50% of new entrants to the profession since 1993, so why do partnership figures today remain so low?

Only two of the 100-plus firms we surveyed have a partnership with more than 50% women, and it’s no coincidence that these are also the only two firms on our list to have female managing partners. First up is Leigh Day, which stands head and shoulders above the rest with a female-majority partnership of 63.3%; it's also the only firm in the Student Guide with a female name partner, the now-retired Sarah Leigh. Current managing partner Frances Swaine tells us: “We’ve always had a higher proportion of female partners than male partners, and a commitment to diversity has been part of our DNA since we were founded in 1985. We are a top employment practice, so we like our own internal employment practices to reflect what we say to the outside world: as a top human rights firm we uphold those values by being absolutely sure we don't discriminate in any way.”

Kingsley Napley is second in line, with a 50% female partnership, and is led by Linda Woolley. Her next-in-command, senior partner Jane Keir, spoke to the Student Guide in 2013 about the important role that flexible working arrangements play in allowing women to progress to the top: “If you’re prepared to say to the best members of your team that they can leave at four to pick up the kids – that’s the best way of promoting women within the firm and helping their client retention rates. [...] You get tremendous loyalty back.”

Eagle-eyed readers will spot that the Government Legal Service, third on our list with a 49% female partnership, isn't actually a law firm; the statistics we've used in lieu of partners here correspond to GLS senior civil servants. Still, the service runs a training contract in a similar manner to private firms, and we think it's important to report on the experience of trainees here, who tell us: “You're encouraged to be fast and efficient. There are no prizes for macho posturing or showing your worth by hanging around in the office for days on end.” In years past GLS trainees have generally reported heading home at around 5.30pm, and the service has flexible working policies like part-time hours readily available – making it easy to guess why so many female lawyers have progressed there.

It's important to note that these firms stand apart from the others in our survey, not only for balanced gender diversity but for the practice areas they cover, which include ones like social welfare, employment and family law – areas in which, as a 2013 Legal Services Board report points out, women are historically overrepresented. These areas are generally lower-paid than the business and commercial spheres in which men dominate, and indeed each of the firms listed above offers lower trainee and NQ salaries than nearly all other London firms in our survey. (In fact, at £32,000, the GLS's qualification salary is lower than the majority of City firms' starting trainee salaries.) There's no doubt the aforementioned firms are doing a lot from their end to facilitate the recruitment and progression of female solicitors, but the correlation between low pay and female-dominated areas of law speaks volumes about residual archaic attitudes towards women in the law.

Back in the days when a glimpse of stocking was shocking and a woman riding a bicycle was downright scandalous, the Sex Disqualification (Removal) Act of 1919 was introduced to allow women to be awarded degrees and, it follows, enter the legal profession. In 1922 Carrie Morrison became the country's first female solicitor, and Helena Normanton the first practising female barrister. But rigid social norms meant that by 1969, there were still only 750 women with practising certificates in England and Wales, and fewer barristers still. Right up until the 1980s, it was generally assumed that female solicitors would leave their jobs when they got married or decided to have children.

This traditional model of either continuing a straight line from joining to partnership, with no room for kids, career breaks or flexible working, or simply quitting early on, obviously remains incompatible with women today, no matter how much social expectations have progressed in recent decades. And yet it persists: Law Society statistics show that the rate of practising female solicitors drops from 60% to 40% after the age of 35, while the decline in practising men remains modest and evenly distributed right up to the age of 60. High-octane career paths, especially in the City, mean that women struggle to balance the double duties of the partnership track and the myriad school sports days and doctors' appointments and housework that still disproportionately fall on their shoulders.

An obvious solution to this should be the introduction of flexible working arrangements. 86% of respondents to a Law Society survey carried out in 2012 agreed that flexible working practices are a critical factor in helping more women reach senior roles. Such practices could include making it easier for lawyers to work from home and adjusting performance metrics to allow fewer hours of facetime, both of which send the message that putting in 24-hour days at the office isn’t the only way to succeed. An increase in the number of part-time roles available could also improve the working life of lawyers with children, in turn strengthening their long-term commitment to the firm.

Still, such is the client service side of law that it can be exceedingly difficult to convince demanding clients to work towards a reduced schedule of availability, and those who manage to swing part-time gigs often end up working the equivalent of full-time hours for half the pay. And then there's the internal stigma: a survey of 800 female solicitors by King's College London and the Association of Women Solicitors found that half of respondents felt that working flexibly means you're viewed as less serious about your career (and therefore less likely to receive a promotion). Committing to consider part-timers for partnership roles could go a long way in rectifying attitudes that law is an all-or-nothing deal at the top.

Announcing you’re pregnant at a law firm isn't always welcome – unless it’s pregnant with suspense at an exciting trial, that is. In 2013 former Travers Smith trainee Katie Tantum won a high-profile pregnancy discrimination case against the silver circle firm, claiming the reason she lost out on a permanent NQ position was because she became pregnant in the final months of her training contract, and in her words her supervisor 'just stopped bothering' with her. Fortunately the Law Society dictates that training diaries kept as part of the supervision process can act as evidence in such claims, and Tantum was able to win her case and reach a financial settlement with the firm.

Law firms and businesses alike tend to cite motherhood as an explanation for low numbers of women in senior management, implying that so many women leave the profession to have children that there just aren't many female candidates in line for partnership in the first place. But a recent survey by the 30% Club, an organisation that aims to get that percentage of women to the top of leading firms, shows that attrition at the upper levels is not the problem; rather, it's promotion. In the firms that signed up to their research, men were twice as likely as their female peers to be promoted to partnership in a given year, and three times as likely to be made equity partners. This likely boils down to the fact that firms are unwilling to offer partnership to employees working part-time or flexibly, and guess which sex accounts for the majority of such employees? Women.

As paternity leave becomes an increasingly acceptable route for new parents and society becomes more attuned to the idea of men bringing up baby, we can only hope parenthood will eventually become a sign of maturity and responsibility rather than a squalling millstone round an aspiring partner’s neck.

Abstract forms of sexism are a big factor in gender discrimination across the legal profession. Social theorists have long argued that perceptions of merit and power are linked to traditionally masculine – read: strong and assertive – appearances and mannerisms. Qualified barrister Margaret Thatcher was one of many career women in the 80s to employ sturdy shoulder pads and helmet hair to battle her way past centuries-old ideas of women as fragile, dainty and unsuited to leadership. In response to several studies suggesting voters are more likely to go for politicians with deeper voices, Thatcher even took up elocution lessons to lower her voice during her rise to power.

Women often receive mixed messages: they're expected to look attractive and feminine, but not so attractive that they distract anyone from their work. This attitude, whether conscious or unconscious, tends to prevail strongest on the corporate and finance side of the profession, which relies on wooing lucrative clients and factors in presentation as part of the pitch.

Research suggests that women are socialised to be more self-critical than men and less likely to exaggerate their own abilities, making fair assessment at promotion time an unlikely prospect. One school of thought, epitomised by Sheryl Sandberg’s Lean In, suggests that the responsibility lies with women to secure their own career progression by boasting more about their skills and making sure their voices are heard – essentially, it's up to women to fit the ethos of the male-dominated corporate world rather than that ethos changing to accommodate them.

A memo circulated at magic circle firm Clifford Chance in 2013 and leaked to the press perfectly embodies this line of thinking: the memo, sent only to female employees, suggested they 'lose the quirky mannerisms that are so charming to those who do know you' and instead 'see how low you can go' by deliberately deepening the pitches of their voices. The firm may have the second-highest percentage of women in partnership of the magic circle, but at 21% (against 52.2% female associates), this figure remains low.

It's clear that major commercial law firms – like a many large businesses – still have a long way to go when it comes to promoting women to the top.

This feature originally appeared in our December 2014 newsletter.

Read our True Picture reviews of over 100 top law firms

2014 ethnicity in the law survey

The niceties and no-nos of networking

Should I do a master's degree?

7 myths about being a trainee busted