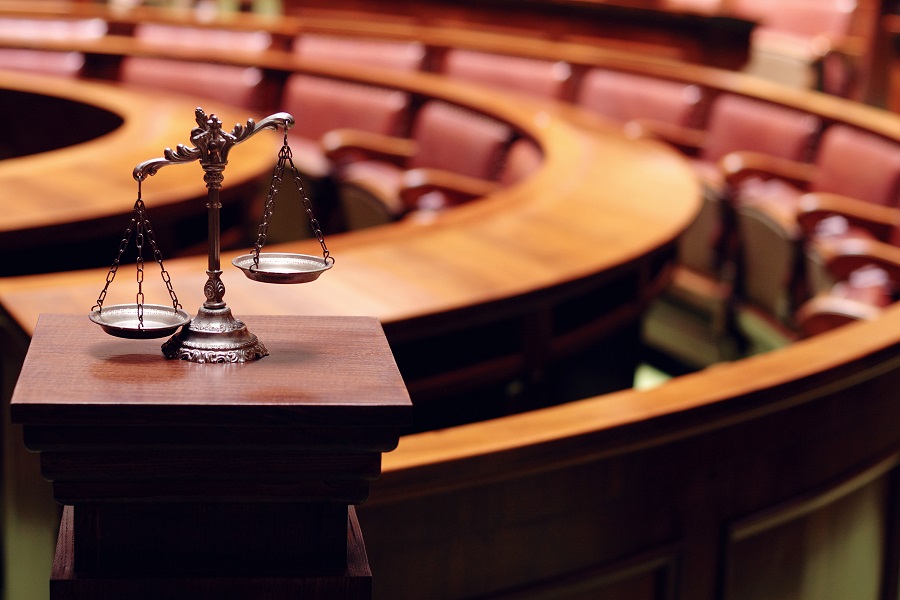 A guide to mooting at university, law school and beyond.

Mooting is a vital part of studying to become a barrister. It might be the closest you get to appearing in court while you’re a student and it can be a hugely rewarding experience. It will help you decide if the the Bar is for you: if you don’t enjoy mooting, don’t become a barrister.

But what is mooting? To find out we attended public law set Francis Taylor Building’s Kingsland Cup Moot at the Old Bailey, and we spoke to a recent BPTC grad and a barrister at FTB to get some advice.

Mooting is a competition in which students play advocates and argue against each other in a mock hearing in front of a judge (or judges) who decides at the end who’s won. Anyone doing an undergrad law degree is encouraged to participate in mooting from their first year onwards. Some universities have a mandatory mooting module, while others keep it extracurricular and run moots through local Bar societies. Mooting can also count towards coursework. If you are a law student make sure you find out how your institution weights its courses.

Some BPTC providers run internal mooting competitions alongside courses, but these are optional. Most people on the BPTC moot through their respective Inns. Each Inn runs a mooting competition and there are different levels for different stages of study. A recent BPTC grad tells us: “Depending on how seriously you take it, you can do national competitions from your first year of university onwards, but you’re likely to be up against people who have more experience than you.”

We’d recommend starting mooting – and/or any other form of debating – as early as possible. You’ll need to be quick off the mark to build up your skills, so you’re in with a shot of participating in and winning competitions later on.

Two teams of two participants (a leading and junior counsel) are presented with a fictional court case – usually an appeal against a decision. FTB barrister Caroline Daly tells us: “A good moot problem will involve topical and interesting points of law. The problem should contain issues that are tricky but evenly balanced so that each team has a fair chance to demonstrate their skills. Moots run by particular chambers tend to cover their main specialisms and practice areas. For example, this year the Francis Taylor Building Kingsland Cup final problem covered public and environmental law issues.”

“You can practise all you want, but nothing really prepares you for a judicial interjection.”

A recent BPTC grad adds: “You get given the fact pattern a few weeks in advance so that you can meet with your teammate and devise a strategy. You then have to prepare skeleton arguments and evidence bundles, and submit them a few days before so that the judges can have a look. You get marks for things like clarity and cogency of your points.” Each speaker has a limited time to deliver their points, and the judges will interject and ask questions as much as they want. “You can practise all you want, but nothing really prepares you for a judicial interjection,” our ex-BPTC student says. “I remember one of my opponents was interrupted two minutes into their first point and told to skip it because the judge didn’t like it!”

The setting is meant to resemble a court as much as possible, with at least one judge. In the case of the Kingsland Cup final the setting resembled a court extremely closely, because it was an actual courtroom at the Old Bailey. There were three equally intimidating judges present – including Supreme Court justice Lord Kerr – as well as a beady-eyed audience for added pressure. “Moots can be a really excellent opportunity to meet and impress barristers and members of the judiciary,” Caroline Daly points out. “Throughout the various stages of the competition the finalists in the Kingsland Cup this year mooted in front of a Supreme Court judge, a Court of Appeal judge, a High Court judge, and two Old Bailey judges.” Yikes!

Audience members were each given a copy of the claim against the decision, along with the skeleton arguments put together on behalf of the appellant and respondent. Having taken these home and spent several hours trying to work out what exactly was going on, we’ve put together a summary to give you an idea of what a moot actually involves.


The case: Parks and Recreation

Put simply, the case before the teams in the Kingsland Cup final focused on a local council’s decision to fence off an area of a public park for a significant period of time so that it could host an event. It was explained that the funds generated would go towards a new care home for the area. Team A (the appellants) were acting on behalf of the council, while team B acted on behalf of the respondent, Parks ‘4’ People, a local community organisation. Team A was in favour of the fencing off, while team B was against it. So far, so simple.

Participants had to select grounds on which to base their arguments, which meant particular, often obscure, elements of the law acted as pillars for their entire case. Team A based its argument on the grounds that:

Team B had to effectively dismiss these grounds by using yet more finnicky legal examples to argue that:

Team A “ingeniously” (according to one judge) argued that by fencing off part of the park for several weeks, the council would be reducing the amount of air pollution by limiting the number of barbecues that would be held. Unfortunately, it was team A’s interpretation of the AQD that became the first casualty of the evening, because they stated that “local authorities […] have the power and responsibility to improve the wellbeing of their area.” One of the judges then shrewdly asked whether power and responsibility amounted to duty (cue oohs and ahhs from the benches where Chambers Student were sitting). In response to team B’s less than confident response, Lord Kerr exclaimed: “Where does the power lie?!” Trust us, it was exciting.

“Improvisation, adaptability and nimbleness of thought.”

Another interesting point of contention was how EU regulations apply to local councils, and the nuances of national and local responsibility for implementing them. Another important thing to mention: there was a clear desire to stick to the cold hard facts. Verbose or figurative language came under fire. Similarly, the idea of there being a moral dilemma was quickly dismissed in relation to the fact the event would fund the creation of a care home: the laudability of the purpose was irrelevant in the face of the laws which applied to the actions undertaken. Legally, the ends can’t justify the means.

In the end, despite both teams displaying buckets of “improvisation, adaptability and nimbleness of thought,” team B emerged victorious. Chambers Student noticed the striking ability of both teams to adapt and shift their arguments according to their reading of the room and the hailstorm of questions coming their way from the bench. A recent BPTC grad tells us: “Mooting really tests your analytical and puzzle-solving abilities. It’s the first time most students will get to put the theory they’re learning into practice so it shows you how the law actually works.”

Some dos and don’ts when mooting

‘When can I start mooting?’ we hear you cry. The answer is right away. “Different moots are targeted at those at different stages in the process,” says Caroline Daly, “so even if you have just started the GDL or are in the early years of your law undergraduate, there will be a moot that you can enter that aligns with your legal experience.”

This feature was first published in July 2018.