The Corporate Insolvency and Governance Act 2020 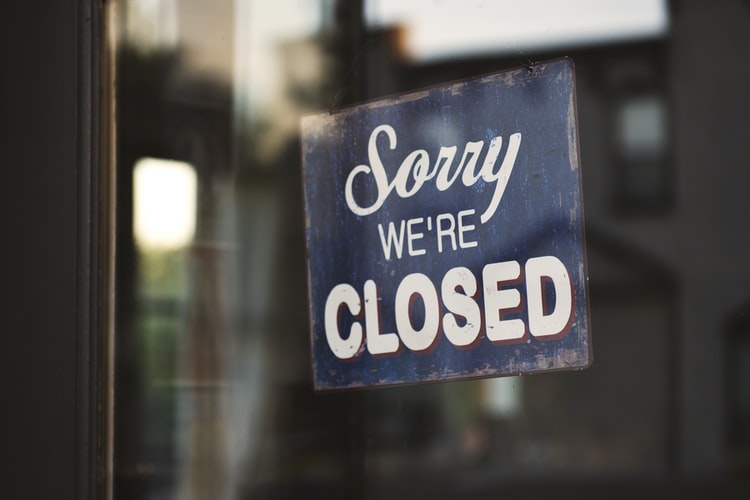 Struggling businesses were thrown a lifeline when the Corporate Insolvency and Governance Act came into force in June 2020. Here, Allen & Overy partner Jennifer Marshall talks us through the nuts and bolts of the legislation.

Chambers Student: Why was the Corporate Insolvency and Governance Act 2020 implemented?

Jennifer Marshall, partner at Allen & Overy: The Act came into force on 26 June 2020, having been first introduced into the House of Commons on 20 May 2020. Given that the Act is 248 pages long, that is incredibly fast. The speed is even more impressive given that the Act represents the most significant reforms to the insolvency framework in the United Kingdom for a generation.

The Act was brought into law so quickly because some of the changes were seen as necessary to support struggling businesses dealing with the economic fallout from Covid-19. Many of the changes are permanent, however, and introduce reforms that have been in discussion since 2016.

CS: What are the Act’s main reforms?

JM: The permanent reforms introduced by the Act are in three key areas: a moratorium, a ban on the operation of termination provisions (or so called ipso facto clauses) and the introduction of a new pre-insolvency rescue and reorganisation procedure (the restructuring plan). There are also some temporary measures such as the relaxation of the wrongful trading regime and the suspension of statutory demands and winding-up petitions where financial difficulties are attributable to the Covid-19 pandemic. The temporary measures currently expire at the end of September but it is expected that some, at least will be extended.

CS: Why is this legislation considered to be so significant?

JM: The changes will transform the way creditors and others interact with businesses in financial difficulty. In particular, the restructuring plan (discussed further below) introduces the possibility of binding one or more dissenting classes of creditors to the restructuring if certain conditions are met. This is something that you can do in a US bankruptcy proceeding (under Chapter 11 of the US Bankruptcy Code) but, until now, it was not possible to do this using a UK restructuring process. The legislation therefore gives restructuring practitioners more options (or tools in the toolbox) for dealing with distressed companies.

CS: Can you briefly outline the main moratorium provisions?

JM: The moratorium will provide businesses with a statutory breathing space from creditors within which to formulate a rescue plan. With certain key exceptions, the company will not have to pay debts falling due prior to the moratorium but will have to pay debts falling due during the moratorium. The stay on creditor action will be similar to that which is available in an administration (the main UK corporate rehabilitation proceeding). For as long as the moratorium applies, it will prevent the enforcement of security (other than financial collateral), the commencement of insolvency proceedings or other legal proceedings against the company and forfeiture of a lease. The moratorium will last for an initial period of 20 business days with an ability to extend for a further period of 20 business days without consent and with the possibility of further extensions of up to one year or more.

CS: Will all companies be able to enter into moratorium?

CS: What affect will this have for companies?

JM: As referred to above, the moratorium is intended to give struggling businesses (especially those affected by Covid-19) a breathing space from creditor action while they can put together a rescue plan. So far as I am aware, the moratorium has only been used by two companies to date but it is inevitable that it will take some time to bed in. It may be used more once companies recommence trading as lock-down conditions come to an end.

CS: Can you briefly explain the banning of so called ‘ipso facto’ clauses?

JM: These measures will prevent suppliers of goods and services from terminating, varying or exercising any right under a contract due to their counterparties entering into an insolvency or restructuring procedure. Often if a distressed company needs a continued supply of a particular good or service then the supplier will hold the company to ransom and will threaten to terminate unless their pre-insolvency arrears are paid and the terms of continued supply are made more favourable. This is detrimental to corporate rescue. The ipso facto provisions ensure that the supplier will be forced to continue to supply the debtor on the same terms and will not be guaranteed payment of arrears. There are significant carve-outs (including by entity type and contract type) to the operation of these provisions.

CS: Who will be impacted by these clauses being banned?

JM: As mentioned above, there are carve-outs for financial contracts such as loan agreements and derivative transactions so the main group of companies who will be impacted by these provisions are the suppliers of (non-financial) goods and services.

CS: Will the banning of these clauses be popular for all parties?

JM: Although these provisions have been welcomed by insolvency practitioners (as they should help to ensure that critical supplies are provided in circumstances where the distressed company can continue to pay for them), they have not been welcomed by suppliers who cannot now use the threat of withdrawing supplies as a way of ensuring that their arrears are paid. Suppliers may have their own creditors who need to be satisfied and hence the impact on the suppliers’ cash-flows could be crucial. There are protections for small suppliers and hardship cases but these currently fall away at the end of September.

CS: What new reorganisation measures have been introduced?

JM: The Act introduces a new Part 26A to the Companies Act 2006 headed “Arrangements and Reconstructions: Companies in Financial Difficulty” but referred to by most practitioners as the “restructuring plan” for short. This new reorganisation measure is similar to a “scheme of arrangement” which many companies already use successfully to restructure their debts. However, the restructuring plan has a number of new features including the ability to bind one or more classes of dissenting creditors so long as certain conditions are met.

CS: Can all companies propose a restructuring plan?

CS: What impact does the legislation have on wrongful trading?

JM: The Act temporarily amends the wrongful trading regime (i.e. the regime whereby directors can be personally liable if they cause the company to continue trading, causing loss to creditors, when insolvency is inevitable) such that the court, in assessing whether a director should make a contribution to the assets of the company under the wrongful trading provisions, is to assume that the director is not responsible for any worsening of the financial position of the company or its creditors between 1 March 2020 and 30 September 2020.

CS: What changes have been introduced with regards to statutory demands and winding-up petitions?

JM: The legislation seeks to remove the threat of statutory demands and winding-up proceedings where unpaid debt is due to Covid-19. Statutory demands are void if issued against a company between 1 March 2020 and 30 September 2020 (the relevant period). Winding-up petitions presented during the relevant period will be reviewed by the court to determine the cause of non-payment. If the company cannot pay its debts because of Covid-19, no winding-up order will be made.

CS: Are all provisions in the Act permanent?

CS: Do you anticipate this legislation changing restructuring and insolvency practices indefinitely?

JM: It remains to be seen how much the moratorium will be used in practice. It is possible that this will have a bigger impact on smaller companies given the carve-outs for financial contracts. The restructuring plan, however, is already having an impact on restructuring practices. Allen & Overy was able to use the first ever restructuring plan as part of a solvent £1.2billion recapitalisation of Virgin Atlantic when this airline experienced liquidity issues due to Covid-19.

CS: Is there anything you would like to add for our student readers specifically?

JM: This is a very exciting (and demanding) time to be a restructuring lawyer. Although it is always hard to see companies with sound business plans struggling as a result of the pandemic (due to no fault of their own), it is some consolation to know that the UK has some of the most flexible and effective restructuring processes. We may not be able to save every struggling business but the Act gives us the right tools in the tool-box to save at least some. "This is a very exciting (and demanding) time to be a restructuring lawyer."