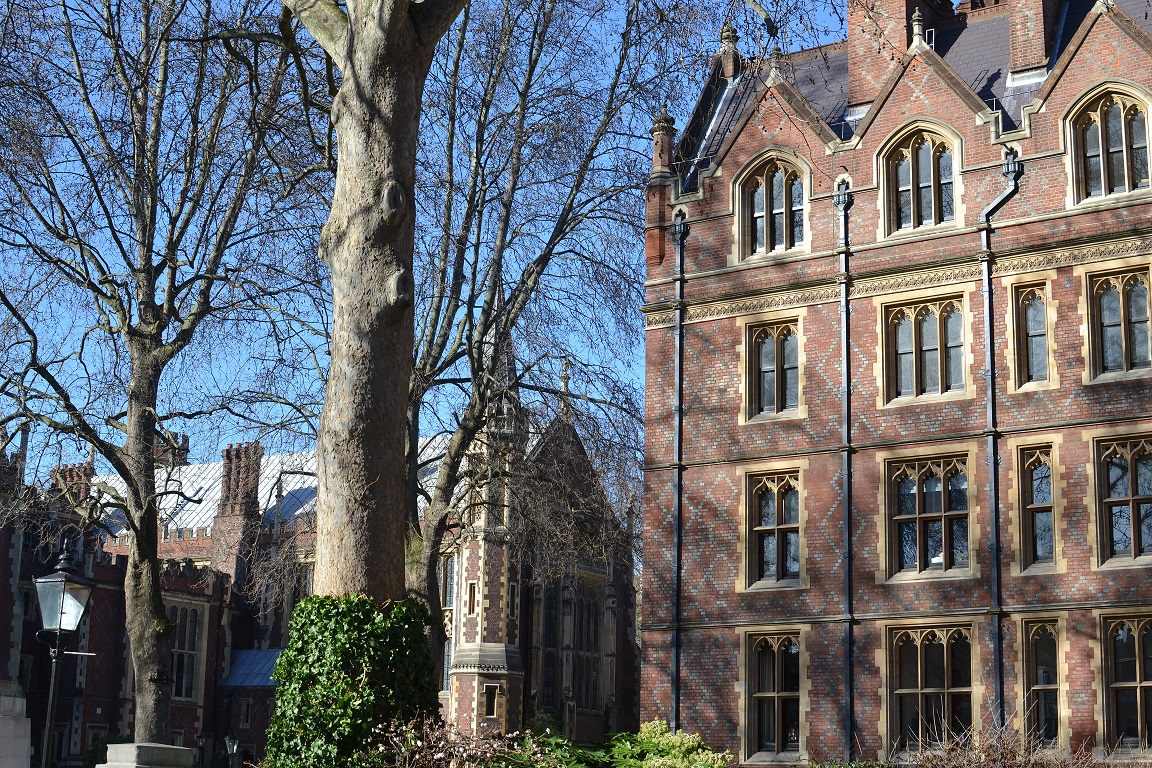 Don't let the gowns and stained glass windows scare you off – “Lincoln's plumps for the pomp and ceremony the Bar's known for, of course, but that's not the be all and end all of the culture here.”

Like London's other three Inns of Court, Lincoln's Inn has the distinct markings of an Oxbridge college, what with its vaulted cloisters, manicured walkways and fondness for traditional terminology like 'Michaelmas'. Where Lincoln's stands apart from its peers is its size: it's by far the biggest of the Inns, hosting around 21,000 members in total, with 1,000 studens joining each year.

The Inn, which sits just behind the Royal Courts of Justice, used to be known as 'the Chancery Inn' due to its early members' slant towards that type of work; however, representatives insist this moniker is no longer applicable, telling us there are no discernible patterns to the areas of law today's membership pursues.

Many eminent figures have called Lincoln's home over the years, among them Thomas More, John Donne, Muhammed Ali Jinnah, Wilkie Collins and Margaret Thatcher (plus another 15 prime ministers). Just over a third of the current membership comes from outside the EU, with Jinnah's legacy as the founder of Pakistan attracting a good number of Pakistani and Bangladeshi students in particular. In recent years the members pool has been split approximately 60/40 between law and non-law graduates.

Together the Inn's scholarships amount to more than £1.8 million in funding. There are 100-plus awards available for the Bar Course, plus a handful of entrance awards and prizes for student members of the Inn. On top of this is funding for GDL students and pupils, as well as scholarships that allow young barristers to spend time in international courts like the European Courts in Luxembourg and Strasbourg. Check out the Inn's scholarship brochure for details on each award and how to apply.

Those seeking accommodation in one of the Inn's 14 student flats must land one of its major Bar Course scholarships to get a look in. Applicants who make it to the interview stage are invited to apply for a room, and once prizes are doled out the committee chooses who to house and deducts the rent from their award.

Speaking of interviews, one is required for all scholarship finalists, apart from those gunning for pupillage and entrance awards. There are no tests or practical exercises, but interviewees can expect to meet with a small panel of benchers and barristers for a chat about their academics, personal interests and reasons for pursuing a career at the Bar.

The Inn awards scholarships exclusively on merit, testing candidates on their intellect, confidence and motivation. That said, an individual’s financial circumstances may come into play in the decision on how much money to award.

The Inn runs debating and mooting clubs, both of which give priority to Bar Course students. “I've participated in both and found them really useful,” a member told us. “They're a great way to meet other students and learn from people in the same position as you. You don't get a forum like that anywhere else.”

Over the year there are four debates in Hall, plus an internal debating competition held in the spring. You can read about other in-house competitions here, including the Gluckstein Prize, an annual advocacy contest one member described as “the most brutal thing I've ever done! It's basically a panel of five firing questions at you while you struggle to think on your feet and fire back.”

The Inn's marshalling scheme allows Bar Course students and pupils to sit with a judge at a court of their choice for a few days. “I got to go to the Old Bailey and see first-hand what kind of advocacy is and isn't effective.” There's also a sponsor scheme that matches students with practising barristers who can offer careers advice and answer questions about life at the Bar. “The relationship you have with your sponsor is up to you. I get on quite well with the guy I was paired with and still find myself using him as a sounding board three years down the line,” one member told us.

Members seeking pupillage have two application advice evenings a year at their disposal, one of which involves a sit-down with a barrister to have their application form reviewed. “They go through the whole thing in minute detail. I found it really illuminating; it definitely informed my applications going forward.” There's also the Inn's Pupillage Foundation Scheme, a programme designed to help post-Bar Course members gain pupillage.

Qualifying sessions at Lincoln's range from standard dinners and workshops to day-long events and entire weekends away. Click here for details of what's available when. Certain dos count as multiple sessions: attending a residential weekend, for example – for which students travel to the likes of Windsor Great Park for two days of lectures and exercises – will add three sessions to your belt.

Dining is a staple of life at the Inns, and Lincoln's is no exception. Alongside ordinary dinners (in which benchers, barristers and students sit separately) are Sunday lunches, evenings in which attendees can bring guests, and even a handful of 'domus' dinners, which mix up the seating arrangements so that students are interspersed with members and benchers. “These are great networking opportunities,” says education officer Faye Appleton, “and we encourage student members to make the most of them. Where else might they find themselves seated next to a Supreme Court judge?” The Inn has a helpful breakdown of dining customs and what to expect here.

Some scholarships cover the cost of qualifying sessions, but by and large students pay for them out of pocket. The cheapest ones, like an evening advocacy workshop, start at £8, while dinners can be upwards of £30 and a residential weekend will set you back £60.

Members and staff alike characterise Lincoln's as a pleasant and open place, pointing to its large size and substantial international contingent as evidence of a welcoming atmosphere. “There's no set mould for a barrister, and that's really clear here,” says Appleton. “Our members comprise all sorts of personalities and backgrounds.”

She goes on to reveal that Lincoln's “is the only Inn where benchers are called something other than 'master': we encourage members to address them by their first name.” A member confirmed this, adding: “Lincoln's is known for being more relaxed than the other Inns. The administrators are so easy to work with, and ceremonial side of the Bar is kept to a minimum: it doesn't feel like a ton of bricks fall if you're not really into all that.”

The Inn mixes social functions open to everyone – like a recent 'roaring twenties'-themed dinner and dance – with Denning Society dos reserved for members who hold a scholarship. There's also an annual garden party and regular lunchtime concerts in the chapel, home to a professional choir which released its first recording recently.

Leafy Lincoln's Inn Fields sits afoot the main entrance to the Inn, though visitors can also gain access through the 16th-century Gate House on Chancery Lane. The Inn's precincts spans 11 acres in total, with Georgian, Regency, Baroque and Gothic edifices jostling for position.

There's more than a whiff of Hogwarts about the cavernous Great Hall – and not just because it was decked out with tinsel and Christmas trees during our wintertime visit. Family crests and shields of famous members past adorn its walls, and a rich fresco depicting famous lawgivers throughout history rests over the doorway. (Look closely and you can see Justice turning a blind eye to Truth.) The hall is the heart of the Inn: dining, moots, debates, concerts and call ceremonies all take place here. It's also home to the members' common room, a bar with vaulted ceilings and a terrace.

Other facilities for members include the chapel, the Old Hall (used for lectures and social functions), and the imposing triple-floored library, which is “impressively well stocked,” even housing original manuscripts like Thomas More's admission to the Inn. Lincoln's has just received planning permission for a major redevelopment to add a new building next to the library and Great Hall plus underground training suites. The plans – which will affect the historic look of the Inn – have been criticised by publications including the Daily Mail and Private Eye.

Lincoln's has a well-regarded European law programme that combines lectures on current trends in European and human rights law with annual visits to the European Court of Human Rights and Council of Europe in Strasbourg.