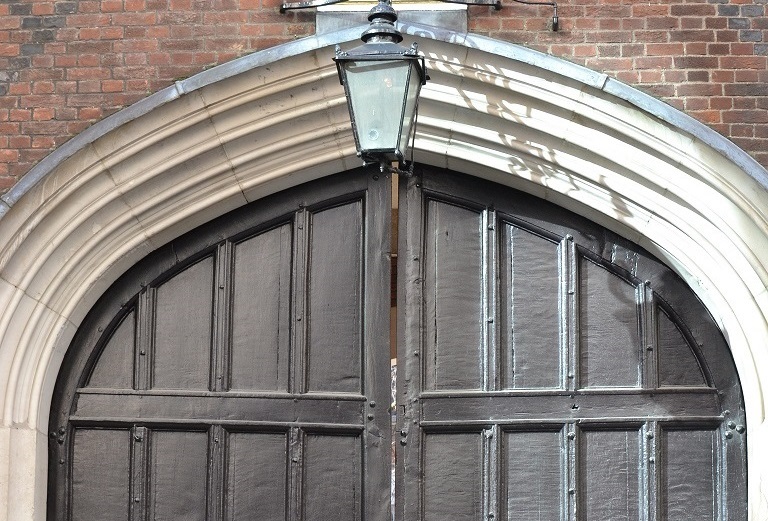 "Great academics simply aren't enough to show you have the intellect to succeed at the Bar; you also have to be an outstanding advocate and convince us you'll be good at servicing clients."

Most aspiring pupils coming straight from uni begin making pupillage applications during their final undergraduate year, although some of the top commercial sets encourage students to apply in their penultimate year in an attempt to snap up the best candidates early. In general, however, the majority of pupillage offers tend to be made to students following the completion of the Bar Professional Training Course (BPTC).

Since 2013 students have been able to make applications through the Pupillage Gateway, an online tool that lets users tailor their applications for each of the sets they apply to. Participation in the Gateway is voluntary for chambers – around half of sets recruits via the Gateway and half recruit outside. Those that run their own separate application schemes must still advertise vacancies on the Pupillage Gateway website (although some naughty ones don't). You can find out which sets use the Gateway and how to apply to the ones that don't by reading our Chambers Reports or looking at our listing of All sets offering pupillage.

Participation in the Gateway is voluntary for chambers, though those that run their own separate application schemes still have to advertise vacancies on the Pupillage Gateway website.

From 2019 applicants can target a maximum of 20 sets through the Gateway each annual cycle (up from 12 in past years). Previously the Pupillage Gateway was open for applications during April, but in 2017 the Bar Council moved the deadline forward to February. In 2019 the Gateway will open for browsing on 28 November 2018. Applications can be made from 7 January 2019, till the Gateway closes on 7 February 2019. Interviews take place in the spring and offers are made to successful candidates on or after 7 May 2019, and should remain open for 14 days after that.

The current timetable was adopted in order to avoid exam clashes and allow students to know whether they have an offer of pupillage before coughing up for a pricey BPTC place. While there were some grumbles from sets about the deadline changes when they were first introduced several non-Gateway sets have actually joined the Gateway in 2019 (probably because there's now more flexibility on the application questions asked – see below). One knock-on effect of the timetable change has been that some non-Gateway sets have brought their deadlines even further forward (for example XXIV Old Buildings now has its deadline to November).

THE BAR COUNCIL HAS CONFIRMED THAT BECAUSE OF IT ISSUES WITH THE PUPILLAGE GATWAY DEADLINE HAS BEEN DELAYED UNTIL 11AM, MONDAY 11 FEBRUARY. SUBMIT YOUR APPLICATION AS SOON AS YOU CAN!

What can you expect from a Pupillage Gateway application? Alongside queries about an applicant's education, employment history, scholarships/prizes and other experiences, the Gateway application form now asks two standard questions (it was previously five): 'Why do you believe you will make a good barrister?' and 'Why do you wish to join this set of chambers?' Sets can revise these two questions as they wish (or even remove them) and add up to five questions of their own, which can be on anything from advocacy skills to diversity at the Bar. The word limit on responses can range from 100 to 1,000 words, but in most cases a maximum of 200 words is all that's allowed, so concision is key.

The sets that recruit pupils outside the Gateway machinery often do so because they don't like its format or feel applicants' interests can be better served by other means. Application methods differ among non-Gateway sets; so do deadlines. Check out our listing of Pupillage deadlines for the latest information; several non-Gateway sets' deadlines are in early January or late December. Oh, and do be aware that some deadlines are actually at 9am or noon on the day of, so make sure you double check to avoid paying a massive stupidity tax.

Dos and don'ts for written applications

Interviews: what to expect

So you’ve got an interview – first things first, congratulate yourself because that's already an achievement. Now turn your attention to preparing for the interview, as it's no easy ride.

Most sets operate two rounds of interviews/assessments. The ins and outs of procedure vary quite a bit by chambers, but fortunately most tell you what to expect on their website. Or you can read up on the process in our Chambers Reports. The first round is usually a sit-down interview with a few barristers which is often just ten to 15 minutes long. The interview might focus on a topical legal or ethical question (e.g., 'Do celebrities automatically forfeit their right to a private life?'), or a discussion of the current issues in your prospective practice area. On top of that it'll likely involve a short investigation into you and your application form.

An increasing number of sets ask candidates specific pre-set questions that probe for certain competencies, analytical ability and advocacy skills. Interviewers might prompt you further on a question, but time constraints leave little room for back-and-forth, so it's important to give as full and rounded an answer as possible the first time around. You might also be asked to complete a written test or group exercise in which you have to argue a point against or alongside others.

If you make it to a second interview, you'll probably find yourself in front of a large panel composed of a cross-section of people from chambers. By and large the panel will aim to assess the depth of your legal knowledge, advocacy potential and strength of character through some kind of legal problem given in advance. You might be asked to interpret a contract or piece of statute, or compare several judgments and give your view on a case study, with preparation time ranging from just ten minutes to a full week.

“We're more interested in seeing how a candidate approaches a problem than whether or not they get the right answer."

While it's important to demonstrate a solid grasp of the issues at hand, know that chambers generally aren’t looking for faultless knowledge of substantive law here so much as an insight into how your mind works. As one seasoned interviewer explained: “We're more interested in seeing how a candidate approaches a problem than whether or not they get the right answer. Sometimes we even ask them to give an argument for the opposition as well.” Another summed up their aims as follows: “What we're looking for is somebody who can take a case, select the good points, reject the bad ones and structure the most compelling argument available.”

On top of this, criminal and mixed sets commonly give interviewees an advocacy exercise like a bail application or a plea in mitigation. (A word of advice: the basic structures to such matters fit on a post-it, so we suggest you note these down and keep them with you at all times.) Some sets ask for a brief non-legal presentation at this point too, which gives further insight into an applicant's speaking skills as well as their character. A second interview is when a professional ethics question may raise its head (though be wary of such issues cropping up at any point). You can prepare by reading the BSB Handbook.

Dos and don'ts for interviews

All's not lost if you strike out at your first round of applications and finish the BPTC without a pupillage secured. It may seem like a grim prospect, but many find an enforced year out gives them time to bulk up their CV and make themselves more marketable. In the words of one pupil who faced rejection their first few times around: “It's worth trying again next year if you plan to use your time wisely – you've just got to be persistent and make sure you're focusing on things that make you a better candidate.”

“It's worth trying again next year if you plan to use your time wisely – you've just got to be persistent and make sure you're focusing on things that make you a better candidate.”

Indeed, it's imperative you make the most of your spare time. Seek out mooting and marshalling opportunities wherever you can, and take up a day job in a field related to your area(s) of legal interest. We've interviewed plenty of lawyers who secured pupillage following a period with a company, charity, university or non-profit. Others have come off the back of stints as paralegals or legal secretaries.

Finally – and this may sound confusing – it's worth bearing in mind that quite a few commercial sets like to recruit pupils who've previously completed a training contract at a City firm and qualified as a solicitor. While this isn't a route we recommend taking, it is a reflection of the advanced levels of background experience and knowledge that top sets now expect from their recruits.

“Be as true to yourself in your application as possible. It's a waste of everybody's time to pretend you're interested in or knowledgeable about things that you aren't.”

Read our Chambers Reports, which review the leading barristers' chambers

How much do barristers earn?

Not your cup of tea?

Every year barristers' chambers 5 Essex Court and its head of pupillage Jeremy Johnson QC produce a unique report on the set's pupillage selection process. The report provides detail on the initial application sift, interview questions and application numbers. It gives a really useful insight into what are (and are not) good answers to give on your application form and in interviews and provides a great overview of what a typical pupillage application looks like. Click here to read the full report for 2018.

You may have heard stories about how awful pupillage interviews can be, and from what we can tell that holds true in so far as interviews are a trying and disheartening process that can span anywhere from one to five years. Interviewers will also be trying to test you to see if you can hold your own under pressure and stand up for a view that you've pinned your colours too. At the same time, pupil recruiters are always telling us how they strongly hope that candidates will succeed and show their strongest side. No one wished you any ill – though don't think this means any mistakes won't be judged. Read this account of pupillage interviews experience to gain more insight.

Planning and environmental law: the view from Landmark Chambers

Barristers from Landmark Chambers on what planning and environmental law is, what's going on in these areas of law, and how to get into the field. (sponsored feature)

Barristers at Keating Chambers share their views on how to build you career in construction law and give advice on how to get into the field. (sponsored feature)

What is Chancery law? The view from XXIV Old Buildings

Chancery is a big deal at the Bar. Many struggle to define it, but one set certainly doesn't: XXIV Old Buildings takes us on a walk down Chancery Lane. (sponsored feature)